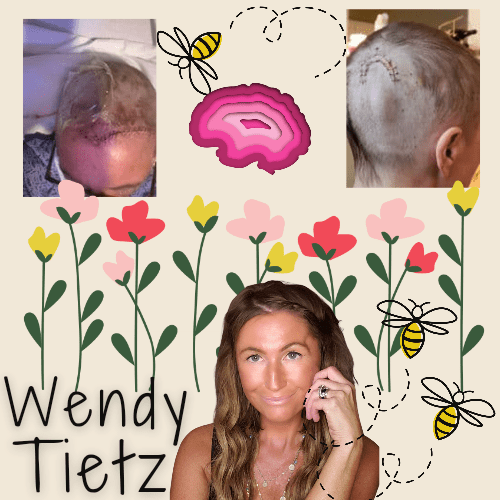 It has been approximately two years since my SAH stroke secondary to my ruptured brain aneurysm.

For the past two years, without end, I reassembled the night it happened. I wanted to conceptualize that something was askew with a bat of an eye. What I was experiencing that night did not fit a bad migraine. My gut reaction immediately comprehended that I had undergone a ruptured aneurysm. I credit this knowledge from working in the medical field that saved my life that cold wintery night. The moment it happened, time was against me and I had to pull myself together and act. The ER did not listen to my symptoms and piece together my presenting problem was not a migraine. They hushed me and gave me a migraine cocktail, while highly annoyed that I was wasting their time. A physician in theory would listen to the patient say, “I felt a rubber band snap from the posterior part of the head”, “sudden sharp pain in the neck”, “projectile vomiting”, and “the cadence of speech slow down” and order a CT scan stat. The ER, which sadly is the norm at many hospitals presented with medical bias. The bias in my case is my history of going there a couple times for debilitating migraines but that was the first time I described those symptoms.

I had to scream at the top of my lungs with the little energy I had left pleading for a CT scan. The attending reluctantly ordered the CT scan. I felt myself go in and out of consciousness while I laid in the cold room as they scanned me. I was drifting further away and soon the physician walked in and announced that I had severe bleeding in my brain and they were going to transport me downtown to a hospital that specializes in neurological trauma. I vividly remember asking the physician if there was a possibility of dying and he was frank and said, “yes, it’s serious.” Looking back, I had to do a lot of work to reconcile the resentment I had toward the hospital. This experience led me to advocacy.

I arrived at one of the top neurological hospitals under exceptional care. I laid in the hospital bed for a week draining the blood out of my head. There was so much blood in my brain, that I went through several angiograms because they would not give up until they found it. After a while the vessel that ruptured finally appeared. My impression was a 1.3 x 1.0 mm broad-based aneurysm extending from the left A1-A2 ACA junction. My neurosurgeon was hopeful that I would need a coil placement which is less invasive. With my test results, the neurosurgeon ordered a full craniotomy clip procedure.

The day leading up to the procedure was scary. I was told the procedure would take twelve hours and the risks- coma, death, impairment. After a haunting talk, I documented every emotion I had because if I came out, I wanted to share it. The day of the surgery it was hard to give my husband all my passwords and information just in case I didn’t make it. My mother touched my arm and hugged me to say I love you. My mother passed away in October so that’s a gut-wrenching memory. I was wheeled down and I prayed to whatever I could to get me through because this wasn’t my time to go. By grace I had the best neurosurgeon operate on me (my angel) and I came out alive. I was in the hospital for weeks and I knew that my purpose after my ordeal was to note everything I experienced from physical to mental. I had to get my story out about my journey and either bring awareness or assist those who went through the same ordeal.

Aside from the ruptured aneurysm, I also had to reconcile that I had a subarachnoid hemorrhage stroke. It was made clear from doctors, family and my husband that the outcome of
being unscathed is rare. When I say unscathed, I mean without major deficits. They say that 1⁄3 of SAH strokes result in death, 1⁄3 result in severe deficits and the other 1⁄3 come out with minor issues. It’s hard to wrap my mind that I went through a horrendous head trauma which required surgery and I came out as one of the 1⁄3 with minor issues. I deem that my knowledge saved my life.

After a month, I was discharged. After a peaceful week at home, I collapsed. I called my neurosurgeon and she ordered me downtown for a CT scan. I remember my mom and I sat forever waiting in the waiting room during the beginning of COVID with several sick people. My name was called, I went back for the CT scan and had a bad feeling. My neurosurgeon stopped by and gave me my results. The scan showed decreasing size of the left frontal extra-axial fluid collection and gas. Decreasing mass effect on the adjacent brain. AKA- I had cerebral spinal fluid building up which required a second surgery to a VP shunt. The recovery from that surgery was awful. I have a shunt in my head for the rest of my life. Something I have guard and find new activities where I don’t land on it.

After the dust settled, I had a couple choices with how to live my life. I could sit and wallow and become stuck as a victim or I could be transparent about my journey addressing my physical
and mental recovery for an entire year via my website I purchased. I thought one year was good enough, but I realized this journey doesn’t end. So, I decided to keep blogging and doing video segments on my transformation or knowledge I gained. It was necessary to become an advocate and to push the narrative about the warning signs. The more I dug into information
about aneurysms, I discovered it’s underfunded and many people don’t understand the signs. Without knowledge, if a person was in my position and went to bed the chances of waking up
are slim.

I contacted a UK neurological research group since they have more funding and a wealth of information. I was able to track genomes, other lifestyle factors that can contribute to an aneurysm. So, I asked average people not connected to the medical field if they knew what an aneurysm is and symptoms. They struggled to explain it. It pained me that other health
problems have a wealth of funding for awareness such as breast cancer, heart disease and other common problems that plague our country. While I feel these are important, my eyes twitched.

I came across the Bee Foundation and was relieved that there is an organization specific to aneurysms. They are doing everything they can to advocate for funding and awareness. Their
exposure is paramount to save someone’s life. I did a video segment where I went over what we learned in health class back in the high-school era. The focus in our class included heart disease, lung cancer, drug abuse, diabetes and obesity. None of these seemed to rattle anyone because it’s not spontaneous. To the young mind, eating wrong, smoking, using drugs will slowly invade your body so to them it’s a slow game. If stroke was mentioned, students would associate that with old age. You see, all of these issues can happen at any age. You don’t have borrowed time when you engage in unhealthy habits. Something that is alarming and would spark interest is aneurysm education. It’s spontaneous and when it happens you have a timer that starts between life and death or deficits and no deficits. Teaching high-school students about aneurysms may start the process of awareness because it’s alarming.

I recently asked several adults if they knew what an aneurysm was. Sadly, many people have heard the word but don’t know what it is. For the ones that said yes, I asked if they could
describe the warning signs and they could not. This is why pushing the narrative is paramount to save lives.

From the Cleveland Clinic a ruptured aneurysm includes:
• Worst headache
• Stiff neck
• Drowsiness or even coma
• Mental confusion
• Dizziness or problems with your balance
• Difficulty speaking
• Weakness in your arms or leg
• Heart attack
Unruptured Aneurysms:
• Vision change
• Enlarged pupils
• Seizures
• Numbness and tingling on the head or face
• Pain above and behind eye
• Neck pain
• Nausea and vomiting

Looking over all the health websites of prestigious medical facilities, I had an issue. I felt that it categorized ruptured vs unruptured incorrectly. Also, being unruptured was not as serious.
The overall take away is that all of these symptoms are alarming and can be categorized the same. Personally, I experienced many of the unruptured symptoms as well. The other issue I found was the lack of alarm about aneurysms from several medical websites, with the exception of aneurysm focused foundations. Generally, people don’t seek those websites unless they already had one or knew someone that had one. Foundations, such as the Bee Foundation work hard to push the narrative and fight for funding. This is an alarming problem that is sadly fatal, causes life altering changes, and affects your mental health. Since I was lucky to know the symptoms, I fought the clock and my outcome was lucky. Yes, I had two brain surgeries and some short-term memory issues, balance problems but those got better in time. The mental health part is my battle. I have to relive that moment over and over and the nightmare of the attending physician refusing to listen to me until I screamed. How many people have passed away in the ER because of this? Sadly many. With this unfortunate outcome, I decided that I would make my recovery visible for others to see and spread awareness. I needed to make connections to save someone and I continue to do that to this
day. Support for foundations such as The Bee Foundation is crucial. Spread the word, pass along their website.

Bee aware
Bee proactive
Bee the person to pass along the knowledge.
Bee the solution