We are deeply grateful to Redbook Magazine and Jessica Press for writing a full page story about The Bee Foundation in support of our efforts to elevate awareness of Brain Aneurysms and raise funding to support life saving research.

Turning tragedy into lifesaving discoveries About 6 million people in the United States have a brain aneurysm, and up to 500,000 worldwide die each year when one ruptures. Researchers are desperate for funding, and in memory of their cousin, these sisters are answering their call.

Jennifer Sedney didn’t have to know your name to touch your heart. “She had a way of dancing with the spirits of people she met,” says her cousin Christine Kondra, 37. Making people feel better from the inside out wasn’t just her superpower, it was Jennifer’s life mission: The fulltime health consultant also wrote a wellness blog—its motto, “Bee radiant. Bee curious. Bee well.,” played off her quirky obsession with honey— and volunteered for a half-dozen organizations.

In December 2013, while running on the treadmill, Jennifer came down with the worst headache of her life. She chalked it up to the hectic pace of the season, took some aspirin, and tried to sleep it off. The next day she collapsed, and at 4 p.m. on Christmas Day, her hospital bed surrounded by family, the bright and sweet 27-year-old passed away. 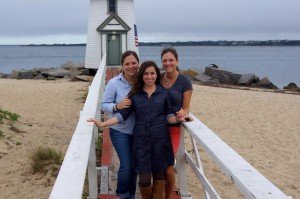 The cause: a ruptured brain aneurysm. Christine’s sister, Erin Kreszl, 34, describes the shock as being “like after a car accident: In a flash, a very healthy person is just gone.” Nobody should ever have to feel this way, Christine recalls thinking. “If Jenny were there, she would’ve said, ‘Stop crying, get up, we’re going to do something about it.’”

The Movement to Prevent Brain Aneurysms

So the Philadelphia-based sisters got to work, meeting with experts to figure out how this could happen to someone so seemingly fit. They were alarmed by how little is known about why an aneurysm—a weak, bulging spot in the wall of an artery—forms and what causes it to burst. “It’s upsetting how underfunded this area of research is,” says Erin. In May 2014, Erin and Christine launched the Bee Foundation to fund research into the prevention and early treatment of aneurysms. Within five months they had raised $120,000, largely through a benefit gala called the Honey Bash.

Last spring they awarded their first $50,000 grant to a researcher at UCLA, and they’re on track to award two grants next year. “A lot of clinical research is funded by the medical device industry, which means findings often aren’t widely shared,” says Michael Chen, M.D., an associate professor of neurology, radiology, and neurosurgery at Rush University Medical Center in Chicago, a Bee Foundation advisory board member. “Erin and Christine’s only focus is getting as much new information out as quickly as possible. From the rapid execution of their initiatives, it’s clear they mean business, and that’s why I work with them.” 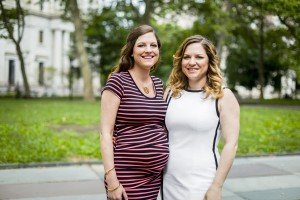 The sisters maintain that it is memories of Jennifer’s boundless energy that keep them motivated. As Christine puts it, “Jenny’s mom, Aunt Alison, recently told us, ‘Jenny always said she wanted to leave her mark on the world, and you two are helping her get it done.’” Turning tragedy into lifesaving discoveries About 6 million people in the United States have a brain aneurysm, and up to 500,000 worldwide die each year when one ruptures.

Researchers are desperate for funding, and in memory of their cousin, these sisters are answering their call. Christine, says Jennifer  “was like a sibling to us.”

WHAT YOU CAN DO TO DONATE at www.thebeefoundation.org and find out how to hold a fund-raiser in your area.

HOW TO PROTECT YOURSELF & LOVED ONES. Most screenings are done only if an aneurysm is suspected, but “if you have two close relatives with one or a history of bad headaches, you may be a candidate,” says Chen.

SHARE YOUR STORY  Have you or a loved one suffered from a brain aneurysm? Read stories and share your here.  https://www.thebeefoundation.org/category/bee-strong/

READ AND LEARN MORE at REDBOOK

Purchase the November Issue of Redbook to see the full article or Subscribe to REDBOOKMAG.COM to download the PDF version.

The REDBOOK Magazine focuses on your needs, desires, passions, and views to celebrate your life. Discover reliable opinions as you delve into the busy family phase in your life. The latest Redbook digital magazine issue is now available on the Next Issue Magazine App for iPad, iPhone, Android tablets and smartphones as well as Windows 8 devices.   REDBOOK (@redbookmag) | Twitter