This resolution was introduced on February 11, 2014, in a previous session of Congress, but was not enacted. 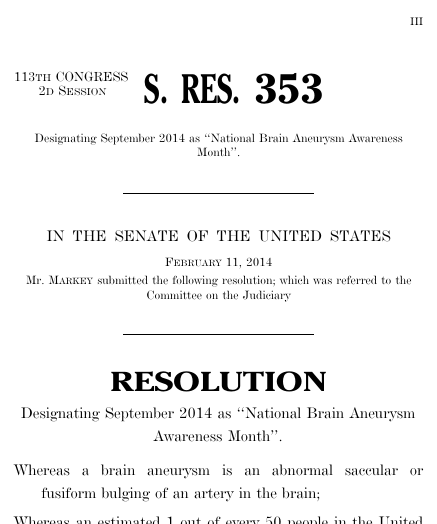 What is a resolution?
The “S.Res.” in “S.Res. 353” means this is a Senate simple resolution in the United States Congress. A simple resolution is used for matters that affect just one chamber of Congress, often to change the rules of the chamber to set the manner of debate for a related bill. It must be agreed to in the chamber in which it was introduced. It is not voted on in the other chamber and does not have the force of law.

The resolution’s title was written by its sponsor.