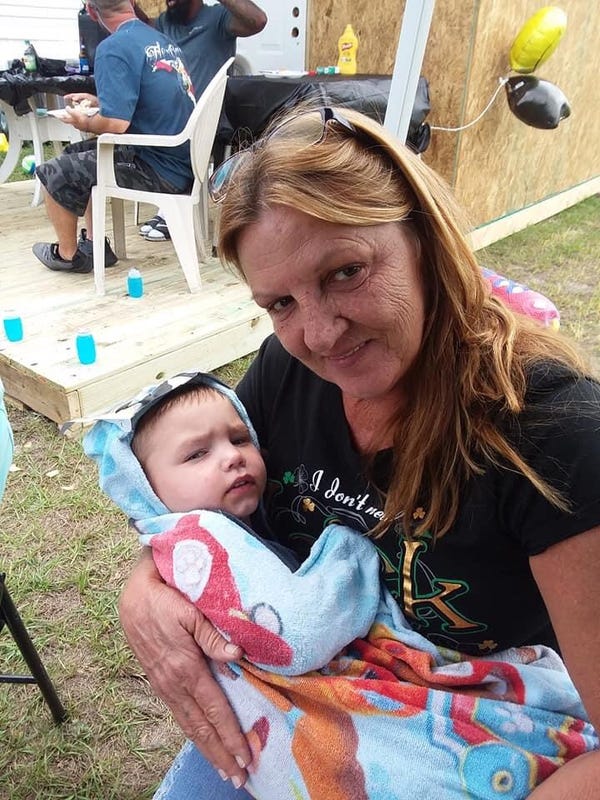 Robotics is entering the realm of brain-aneurysm treatment, with a local neurosurgeon in the forefront of using it.

And Connie Watts, a Lakeland woman, is the first of several patients to receive aneurysm surgery from him that way.

Dr. Tsz Lau, a University of South Florida neurosurgeon based at Lakeland Regional Health, used the robotic surgical approach in August to install a clip that prevents blood from flowing into the aneurysm in a key artery of her brain.

An aneurysm is a bulge or weakness in a blood-vessel wall. An estimated 1 in 50 people have unruptured ones, according to the Brain Aneurysm Foundation.

Clipping keeps the aneurysm from bursting open or rupturing, a life-threatening occurrence that affects about 30,000 people a year in the United States.

Watts also had been having headaches, “like a migraine behind my left eye.” That disappeared after the surgery, she said.

Her neurologist had been updating Lau on her brain scans. Watts was familiar with Lau, who had done spinal surgeries on her.

So, when the aneurysm began growing, they talked about treatment.

Lau worked with Zimmer BioMed on the components needed to use the robotic technology on brain aneurysms, but he said he hasn’t received any funding or compensation from the company.

He said her brain surgery is the first he knows of in which robotic technology was used surgically to apply a clip on a brain aneurysm.

He’s used it four times since then on other patients at Lakeland Regional.

One year ago, a Canadian neurosurgery team reported on successful results from the first robotic procedure to treat a brain aneurysm.

They used a different method than the one Lau did: placing a stent to hold the artery open and coils to divert blood from the aneurysm.

Those are the two methods commonly used to treat brain aneurysms:

• Open surgery, known as a craniotomy, the way Lau used the clip to shut off blood flow to Watts’ aneurysm.

• Endovascular treatment, going into the brain through a catheter (tube) to insert devices like stents and coils to re-direct blood flow.

Dr. Vitor Mendes Pereira, neurosurgeon and neuroradiologist who led the Canadian team, said in a news release that being able to do the procedure robotically “is a major step forward in neuro-endovascular intervention.”

Lau, trained to do either method, said neuro-interventional radiologists and neurologists with fellowship training in endovascular surgery do much of the endovascular treatment of aneurysms.

Since his residency training, Lau said, he’s been intensely interested in robotic technology as a way to make surgeries safer.

Is robotic technology going to be the wave of the future for treating brain aneurysms?

“If we can use it, great, but some aneurysms are not suitable to this type of technique,” Lau said.

“With some aneurysms, the anatomy of the blood vessels will not allow me to set the clip up using the robotic arm,” Lau explained.

He expects the technology, with its micro-sized instruments, to be even more useful for aneurysms that already have ruptured to avoid the risk of another rupture during the surgical repair.

“Before I start working on the aneurysm, I use the robot to set up the clip (blocking blood flow to the aneurysm),” he said.

“This will allow me in a rupture case to make it safer.”

Ruptured brain aneurysms usually cause bleeding into the space between the brain and tissue covering the brain, a medical emergency called a subarachnoid hemorrhage. One of its key symptoms is “sudden and severe headache,” the foundation said.

Unruptured aneurysms, like the one Watts had, typically don’t have symptoms.

They usually don’t cause chronic headaches, the foundation said, but, if they press on nerves in the brain, pain may occur above and behind one eye.

• Sudden and severe headache, often described as “the worst headache of my life”

• Pain above and behind the eye

These rarely cause symptoms but these symptoms can occur if an aneurysm becomes large and presses on nerves in the brain.

• Pain above and behind one eye