Remembering a Loving Husband and Father 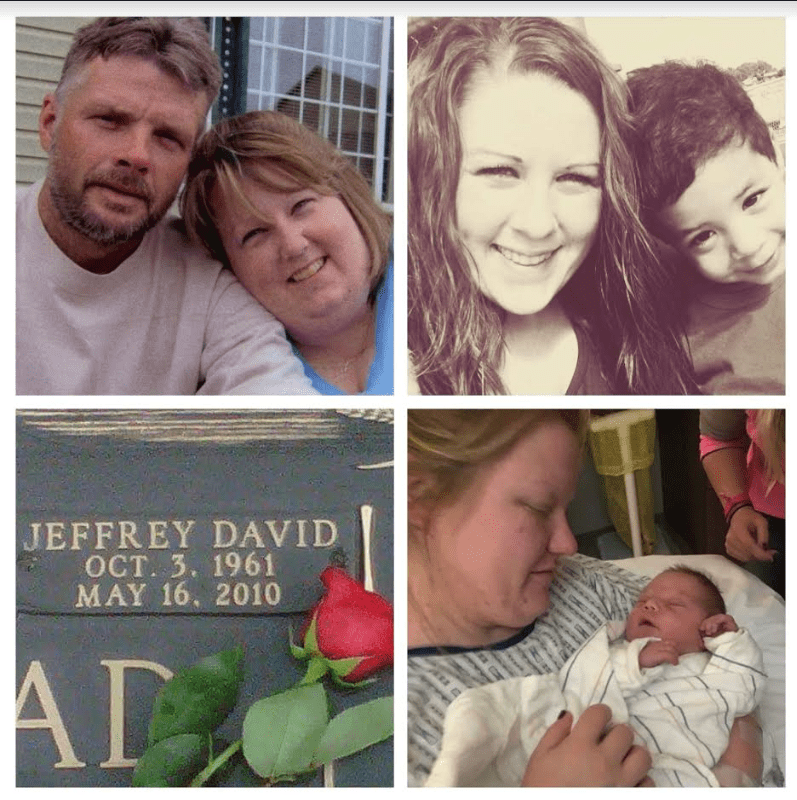 Image Courtesy Of Shelly Meistad Written by Shelly Meistad
Share
Shelly’s story began, as many do, without notice, when her husband of 20 years passed away suddenly from a brain aneurysm in
2010.  He was 48. Even eight years later, for the Meistad family, of St. Paul, MN, the events of that day are still fresh in their minds. (The photo above shows Shelley and Jeff, as well as their daughters with their children: children Jeff never had a chance to meet.)
“Jeff collapsed at our home.
I  didn’t know what was wrong, but I was a Certified Medical Assistant and started CPR right away. To have to perform this on your husband of 20 years, with your children watching, was horrifying. In response to our 911 call, the Police arrived first and used AED (defibrillators), and once the paramedics arrived we watched them trying to get his pulse. They drilled a line into his leg bone with an actual drill.  Once we arrived at the hospital we find out that Jeff has coded in the ambulance five times, and his chest bone was bruised and bleeding from all the CPR.  I had to make the decision not to recussitate him, and at that point he was put on life support without further coding.  Trying to explain to our daughters that he wasn’t really alive, that the machine was keeping him alive, and that ultimately we would need to let him go, was the hardest thing I have ever had to do.  They kept thinking that I was just letting him die  – they just couldn’t understand that he would never again be the man we knew and loved.  During the 10 hours that he was on life support, while I was trying to explain all of this to our daughters, Jeff coded for the last time. The hospital staff was looking at me for guidance.  I told them to let him go.  Our daughters and I, as well as many other family, surrounded Jeff’s bed and prayed for his peaceful journey home to heaven.
The solitude I was left with after everyone had gone and returned to their own lives was so scary.  It was difficult to plan a funeral but I had no choice but to stay strong for our daughters.  We know that life  goes on and more memories are created, but we still cry and miss him dearly.  He was a family man first and foremost, and he would always put us before anything else. I wish he was here to share the joy of being a grandparent with me.  I know he is with us always.”
Share
Bee Strong With Us