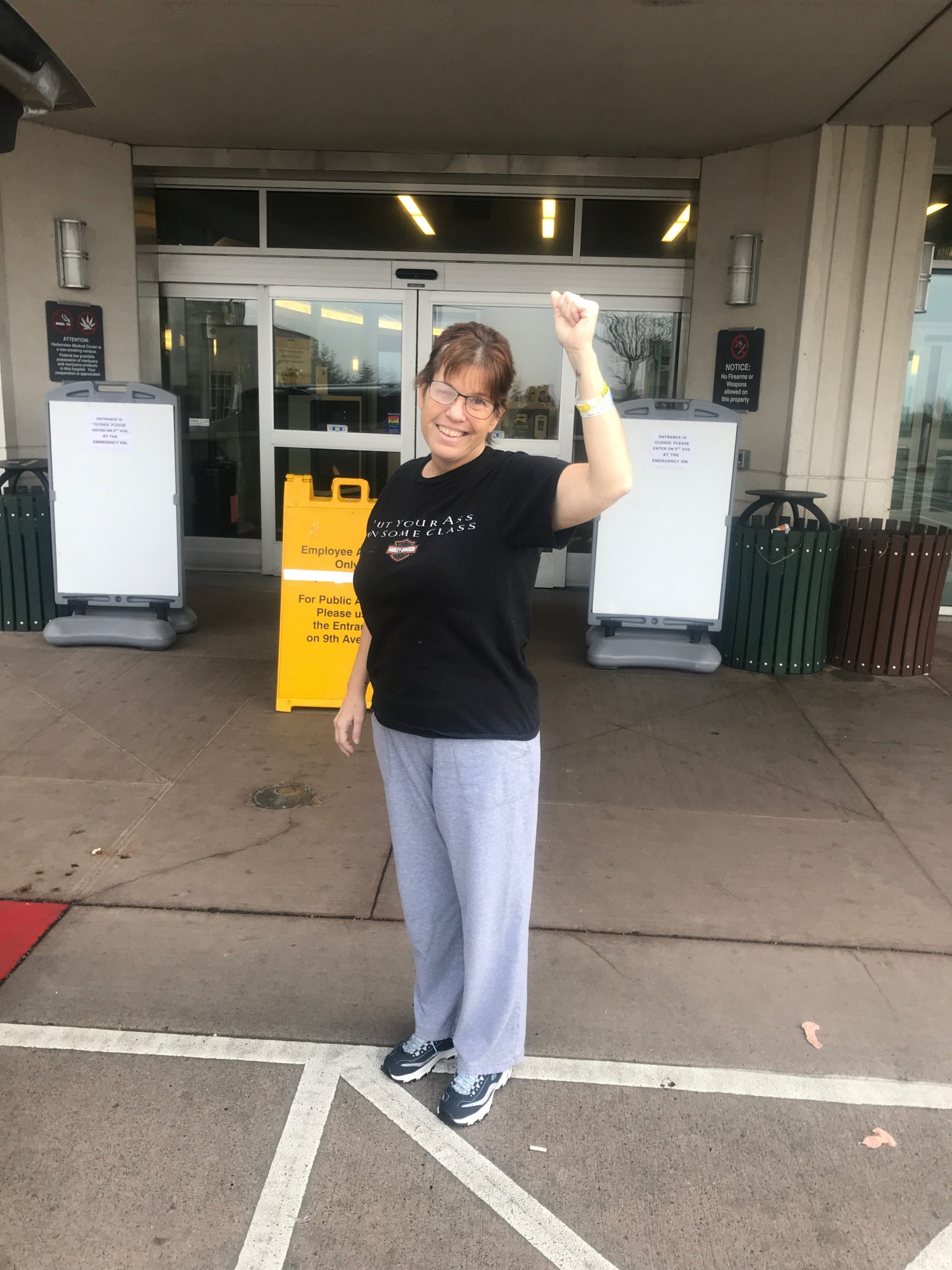 September 9, 2018
My husband John and I got married in Seattle.  Family and friends had come for the wedding weekend.  It was beautiful.

Everyone left by Tuesday and I returned to my new job as an LPN at the Puget Sound VA.  I had been a Paramedic for 10 years and was completing my education the be a RN with a bachelors degree.  I was working in the Spinal Cord Injury department, a change of pace from the ER and ambulance calls I had worked on for years.

Wednesday when I was at work, one of my co-workers had some horrible perfume on. Having suffered since childhood with migraines, I immediately got a headache.  I took a migraine pill and my headache got better, but hadn’t gone away by the time my shift was done.  I got home and told my husband I was going to lie down to get rid of my headache.  I figured it was the perfume on top of a very busy, exciting weekend.  That was the last thing I remembered until mid-October. 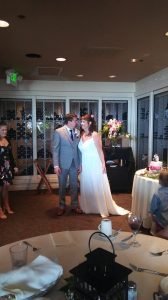 Marci was making noises while we slept and it awakened me. I thought that she was just dreaming so I went to the next bedroom. After about 20 or so minutes I could still hear her so I went back to our room and attempted to wake her by shaking her and saying her name. When I could not I got up and turned on the light and I saw her curled up and foaming at the mouth, still groaning.  It took me a couple seconds to clear my fog and I realized what was happening so I called 911. When they arrived they had me step out of the way so that the could work. They took her outside on a stretcher and told me were they were taking her to the hospital, I told them that I did not know where it was so they offered me a ride. I went to look into the back of the ambulance and asked what was going on. They said that they needed to intubate her and it was then that I told them that she was a DNR/DNI and to remove the tube, to which they answered that they could not. I was furious as she was clear about the instructions and I asked why they never asked me but never got an answer.
When we got to the ER, it was found that she had a blister aneurysm that had finally bled enough to cause a major bleed. The Neurosurgeon placed a stent in the Internal Carotid Artery, which stopped the bleed and they placed a shunt to drain the blood.  It only took a couple of days and she was back walking around and on her computer doing school work.
It was short lived as 5 days after the stent placement it clotted off resulting in a stroke which did all of her real damage. I spent the next 27 days 12 hours a day with her in the Neuro ICU and then to her rehab unit. 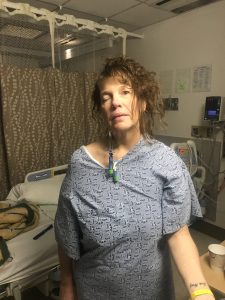 Marci:
I can remember tiny things that were like a dream.  I don’t remember that picture being taken, but that is what I woke up to.  I would often sit on my right hand, not being able to feel or sense it.  I couldn’t see out my right eye due to the lid not staying open.  I had no idea that my children had come to see me or what day it was.  It was difficult to find words and to remember things that happened a few moments ago. I did physical, occupational and speech therapy for 2 weeks in the hospital and was discharged October 27th.

I was angry!  I had never wanted to live having someone take full responsibility for me.  After being a paramedic with a type A personality and now having to learn to feed myself again was almost more than I could handle.  I couldn’t work, I couldn’t dress myself, I was in a deep depression, but worked hard to hide it.  My loved ones had been put through enough in my mind, not sharing with them how I was feeling.  We had to move, since Seattle was an expensive city and John couldn’t work and take care of me at the same time.
It’s been a long road.  I have little use of my right hand.  I continue to have balance issues and memory problems, so going back to school or work is almost impossible.  I have gotten help for my depression finally. I’m alive.