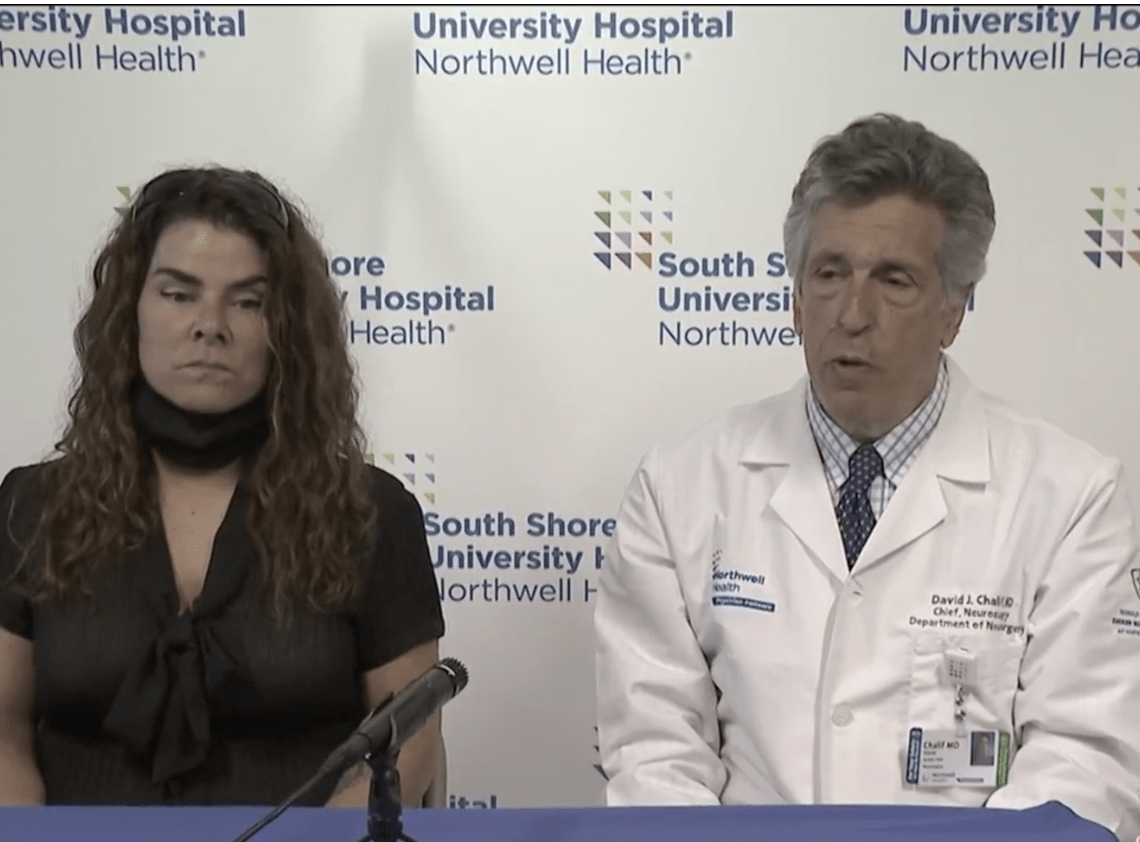 BAY SHORE, N.Y. (CBSNewYork) – It’s a remarkable story of survival: A mother of teenage triplets had three brain aneurysms. Thanks to state-of-the-art surgery, her life was saved.

“It was divine intervention is what it was,” said Judith Tedesco of Yaphank. Tedesco, a mother of 17-year-old triplets, accidentally discovered she was in acute medical danger.

“I woke up on New Year’s Day and I noticed a little pain on the side of my nose,” she said. A minor facial infection led to a CAT scan.

“‘You have three brain aneurysms. We’re transporting you right now to [South Shore Hospital],’” she recalled being told.

Tedesco did not have warning signs of acute headache or renal disease, but she did fit three other important categories: Over 50, female and a smoker. “It can go at any second. I’m driving with my kids in my car, whatever, it can happen at any time,” she said.

Tedesco underwent microsurgical clipping of two of her aneurysms, and then a craniotomy. Three months later, she had state-of-the-art embolization of her third aneurysm. “It’s like a mesh ball … It’s like you put it inside the sac of the aneurysm and it completely obstructs the flow. You don’t want aneursyms to rupture,” said Dr. Ina Teron Molina.

Her triplets think their mother wears a badge of courage.

“I have a scar going across my head and they go, aw, Ma, you look like an avatar!” Tedesco said.

As medical science advances, routine screening for brain aneurysms with non-invasive testing, saving lives before ruptures, could be just years away. “The whole thing adds up to a triumph,” Chalif said.

“I’m blessed. There’s more for me to do, apparently, on this earth,” Tedesco added.

Free of pain and fear, Tedesco can be a mom again.