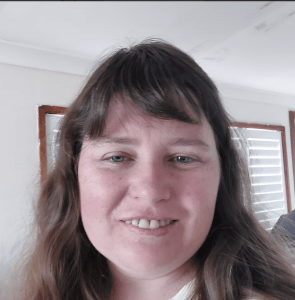 It all started in 1990 when I was five. I was at School in Canberra and had a really bad headache so I went to the school sickbay to lie down. One teacher told me that I was not sick and that I was to go back to class. I was feeling so ill that I ended up falling asleep on a beanbag in the sick bay. My mum woke me up when she arrived but I didn’t have a clue who she was nor did I know what was going on. I tried to get up but I couldn’t;t walk and I ended up going to hospital. The hospital ran many tests on me but did not get a result so I got sent to Sydney. When I was in Sydney they ran some more tests and found out that I had suffered a stroke due to an Spetzler- Martin Grade 5 Arterial Venus Malformation (AVM) on the the Right Cerebral Hemisphere of the brain.
The AVM caused me to have many more strokes after that but they were not as bad as the first one. I started to feel very weak in my left side. The AVM was growing. My doctor told me there was a way that he could stop the AVM from causing strokes as it was stealing the blood from the main artery, it was called Emberlisation. This procedure was conducted in the hospital where they used a form of jelly like glue but that did not work and I almost died on the table. When I awoke I could not use my left arm at all. I was told I would regain full use of it in approximately six weeks but this did not happen. I had to learn to write again as I was left handed. Life back at school became very hard as the school became over protective because they had made such a mistake when this first happened. I wasn’t allowed to play sports or even run and I had to have a Special Education teacher as the stroke had left me with learning difficulties. It has been very hard for everyone in my family. My father who was in the Navy remained on shore duty so he could take care of my four siblings as mum and I were always away at the doctors or in Sydney where I had to come for hospital visits. It has been hard for my siblings to understand why their sister was a bit different and why mum was hardly ever home. As we grew up we all grew closer. In 1995 when I was in year six, we moved to Sydney so that made things easier as all my doctors are here. Somebody thought it would be a good idea to go to family counseling to help me and my siblings understand more about what was happening. But I found that it made things worse as all the counselors would ask is “what is the worse thing that could happen to you” I answered with tears running down my face “I could die”. When I started high School I had to attend a school with a Special Education Support Unit for children with disabilities as my AVM caused my learning to be too difficult without help and the high school did not provide one on one teaching. I made a few good friends but it was hard because as the year went by they came and went. I got called some really nasty names when I was in school; two of the worst were ”hoppy” and & “the one armed b*tch.” I also found out that I was epileptic. That was hard as well because the Principal of my Special Unit never believed that I was epileptic so I had to go in to hospital for a week-long test. It all got way too much for me and I ended up changing schools for year 10 but during the exams I had a brain hemorrhage and didn’t to get finish so I never gained my year 10 certificate.
In November 2000 we moved overseas to the Marshall Islands for a two year posting. There was a lot of conflict over whether I should go due to the medical system being considered third world over there. Even though I understood the risks, I was 16 years old, old enough to make up my own mind. I figured I can’t be locked in a bubble my whole life. It was a great opportunity for my father and I didn’t want to stop it from happening. There was one problem we could not overcome; my medicine was not available on 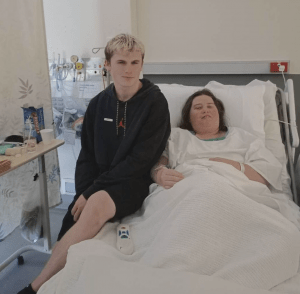