Their daughter died from a brain aneurysm. Now this Apex family is lobbying Congress with The Bee Foundation and The Brain Aneurysm Foundation. 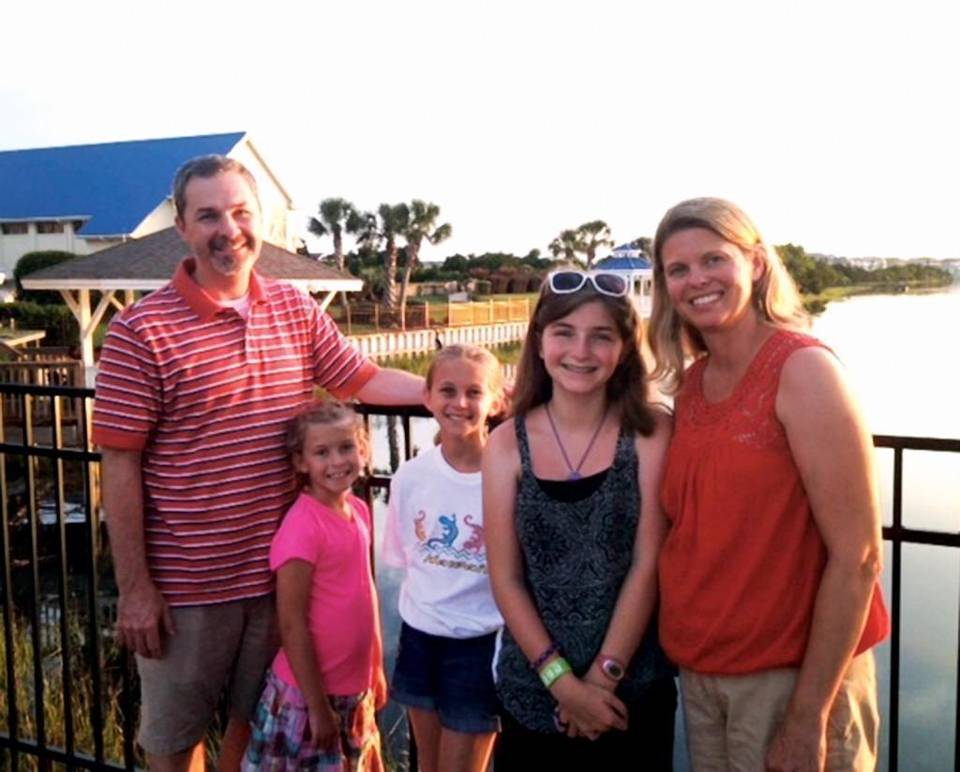 Ellie Helton of Apex was 14 when an aneurysm on her brain stem ruptured, causing her to have a fatal stroke. She is the namesake of new legislation that would fund research into aneurysms.

Ellie Helton had been suffering from migraines and blurred vision for weeks, and doctors couldn’t figure out why. Then she woke up the morning of July 15, 2014, with a splitting headache.

Fourteen-year-old Ellie had an aneurysm, a mass about the size of a plum on her brain stem, that ruptured that morning. She was rushed to UNC Children’s Hospital, where she died about 36 hours later.

Since the death of their daughter, Todd and Karen Helton have found action is the best way to cope with their grief.

They’ve met other families and survivors. They’ve raised about $100,000 for research and treatment through an annual 5K in their daughter’s memory. And this week, the Apex family was in Washington, D.C. to advocate for new legislation bearing Ellie’s name that would fund research related to the detection and treatment of brain aneurysms.

“Having this as an outlet has been a blessing,” Todd Helton said. “That might sound strange to some people, but we can put our grief to use, and not everyone has that opportunity.”

The bill, known as Ellie’s Law, was first filed last September by Congresswoman Yvette Clarke, a New York Democrat, and again March 21 in the new session. It would appropriate an additional $5 million per year for five years to the National Institute of Neurological Disorders and Stroke for brain aneurysm research.

Renee Ellmers, a former congresswoman from North Carolina, co-sponsored the bill when it was introduced. Rep. Patrick Meehan, a Pennsylvania Republican, and Rep. George Holding, who now holds Ellmers’ seat, have since agreed to sign on to the bill as well.

“We couldn’t feel good about ourselves if we sat by and had our own personal tragedy and didn’t do anything to help keep it from happening to someone else,” Todd Helton said. “We want to live in a world where we don’t lose kids, where we don’t lose anyone, to brain aneurysms.”

A brain aneurysm is a ballooning blood vessel in or around the brain. The more the artery wall thins and stretches, the more likely it is that the aneurysm will burst. If it does, the blood flowing into the space around the brain causes a stroke, which leads to death in 40 percent of cases and neurological impairment in two-thirds of cases.

The foundation estimates that about 1 in 50 people have an unruptured brain aneurysm, although a majority of aneurysms never rupture.

Ellie’s Law, or House Resolution 1648, came about when Todd Helton’s friend, a lobbyist, offered to take on the nonprofit Brain Aneurysm Foundation as a pro-bono client.

The foundation also hopes Congress will make September Brain Aneurysm Awareness Month. The resolution passed the Senate unanimously but has yet to be taken up by the House.