Starting today, September 23rd, Chi Psi at George Mason University will be starting a week of fundraising for brain aneurysm research and awareness in memory of Travis Valentine, who passed away in February 2017 from a ruptured brain aneurysm. Their fundraising week will round out the month of September, which is brain aneurysm awareness month. You can support the #SpreadtheLove campaign here. 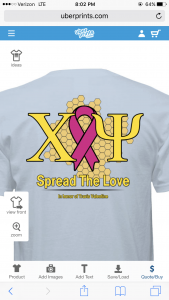 On September 23rd, Chi Psi is hosting a dodgeball tournament. On Tuesday, September 26th, the fraternity will host “Pie a Chi Psi,” a fun event at JC East Plaza at which people can donate money and pie a Chi Psi brother in the face! On Thursday, September 28th, there will be a fundraiser at Panda Express. In the interim, t-shirts will be for sale. Those interested can stop by JC Kiosk from 12-4pm on September 25th and 27th. 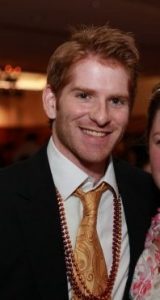 In early 2017, Chi Psi lost a brother, Travis Valentine, to a brain aneurysm. Recent graduates and older alumni who knew Travis well were devastated, and current members decided to take action. Jack Custard, a member of Chi Psi knew that the best thing to do for Travis’s memory is to try to raise money in his name for brain aneurysm research and awareness. 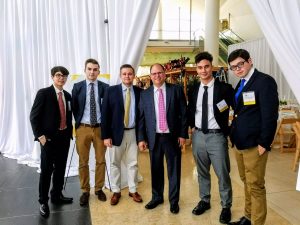 Jack got in contact with The Bee Foundation, and six Chi Psi brothers attended the 4th Annual Honey Bash Gala to volunteer before starting their week of fundraising.

It is estimated that one in 50 people in the United States have an unruptured brain aneurysm, and every year 6,000 people will experience a rupture. Forty percent of those who experience a rupture will die. The federal government only spends $0.85 per person for research on this deadly condition. If you would like to support the efforts of Chi Psi, and raise money for brain aneurysm research and awareness, donate here: