If you would be interested in sharing your story about how brain aneurysms have impacted your life, become a Bee Strong contributor for The Bee Foundation now!

I was that girl. The girl that thought – if you exercised, had a healthy diet, and took care of yourself physically that nothing could happen.  Unfortunately, that wasn’t the […]

Last month, September 12th, was my daughter’s birthday. We spent last year tiptoeing around this date, afraid to address it directly for fear it would simply rip the wound open […]

It all happened so fast. It was December 23 when my daughter, who was visiting her boyfriend, called to say she’d had a wicked headache that afternoon while working out. […] 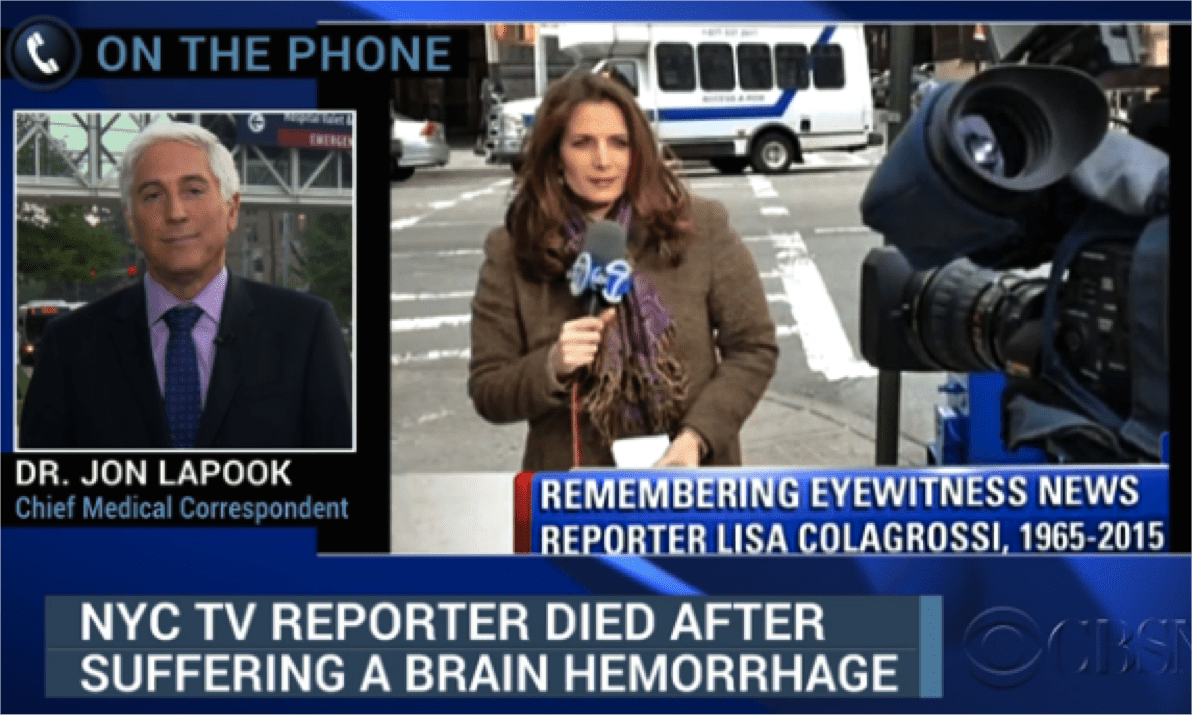 Lisa Colagrossi, a 49-year-old reporter for WABC-TV in New York City who died suddenly of a brain aneurysm is a prime example of how terrifying the condition is.  Colagrossi had just […]