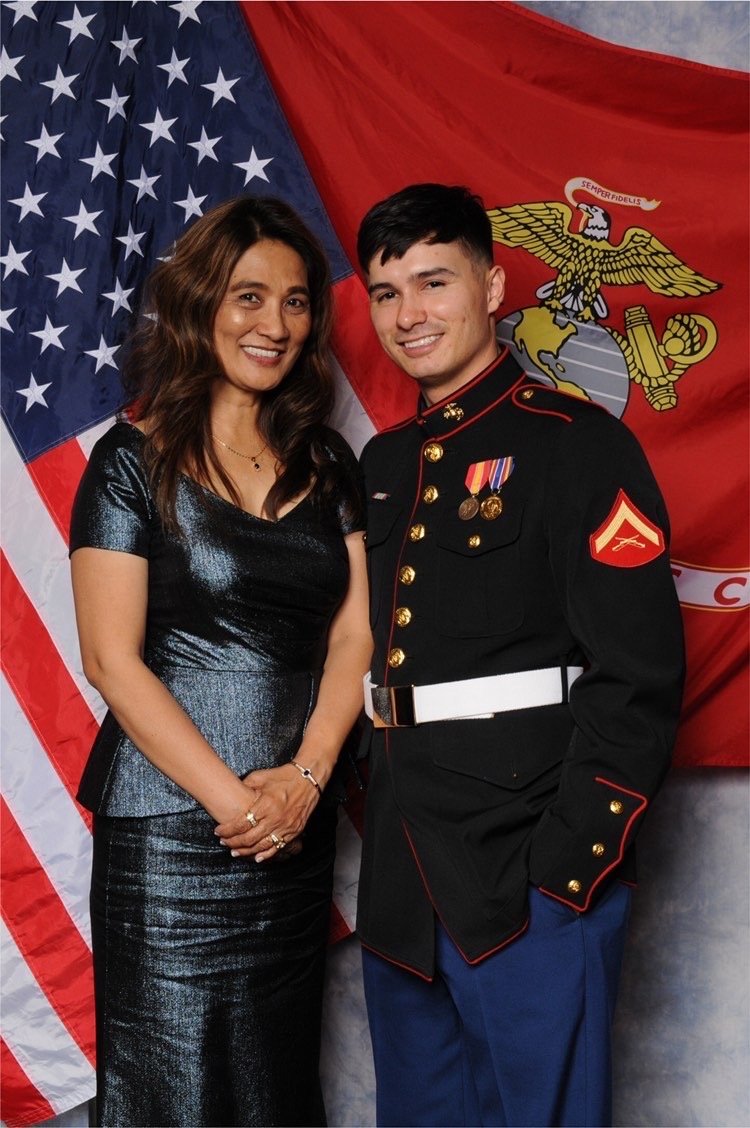 My name is Camryn Ashton. I had a hemorrhagic stroke Jan 2018 in Camp Fuji Japan on deployment I had a massive headache and in the middle of the night I went to the bathroom to throw up. I couldn’t get anything out and I guess I started seizing, I say I guess because I have no recollection up to that point. Usually I’d be with a roommate and be able to lock the door but because it was open bathrooms, you could only lock the stall. Thankfully, since we were staying where all the Marines were someone went to the bathroom. I was rushed to the hospital with multiple Marines holding me down during the trip. We went to several hospitals but none would take us because they were full. Finally, the last one did but only because the driver spoke Japanese and luckily was on base that night, demanded it. They started surgery immediately, at that time I was in a coma. Fifteen days later, they performed craniotomy to remove the aneurysm that burst, not even my doctor thought I’d make it.

I ate through my nose, I had pneumonia, had tubes everywhere to pee. A month later by the grace of God I woke up. I was half body paralyzed and lost 50 pounds which is 1/3 my weight. I stayed in the Japan hospital for a month and don’t remember any of it. Flew at low altitude in a special military plane to the states and stayed at Naval Medical Center in SD where I continued rigorous therapy. Had gamma knife radiation late 2018 (worst day of my life) to hopefully remove the AVM that caused my stroke. Currently I have a 11% chance of going if it ruptures, it goes up 3 every year till it hopefully works. I believe from the many miracles I lived through, that he kept me here for a reason I was baptized right before I retired from the Marine Corps in Feb. 2019. I can walk fine, talk fine and honestly feel normal without the memory part and thank him for his many many blessings. My mom flew out to Japan right away and has been with me ever since to help take care of me.

We believe the radiation will work, I was an infantry Marine so I’ve never feared death and honestly have been in good spirits, that won’t change just like I’ll always be a Marine. Semper Fidelis!