She began to get physically ill while with her boyfriend, Nick. Brittany was immediately rushed to the hospital. The doctor’s found out that she had experienced a traumatic brain bleed. From there, she went into cardiac arrest & doctors were able to bring her back but unfortunately it led to her  depending on a ventilator.

After that, Brittany was transferred to another hospital. There, she was officially diagnosed with a ruptured brain aneurysm that had irreversible effects on her body and brain. Brittany believed in organ donation. She wanted to become a Physican Assistant to help save lives. Her family honored her wishes. She was able to donate her organs and eyesight to save and improve people’s lives.

On October 6th, 2021 at 8:58am, Brittany McCarthy lost her life to a ruptured brain aneurysm.

Brittany was born and raised in Staten Island, New York. Sadly, she had her life taken away at only 21 years old. Brittany’s twin sister, Ashley, began a fundraiser for the Bee Foundation in Brittany’s honor. Brittany was a one of a kind girl. She cared about others, was kind, had a funny sense of humor and was beautiful inside and out.

In her early years, Brittany did cheerleading for seven years where she excelled. was named the MVP of the team and won National Champion awards. Furthermore, she was also an honor’s student at the College of Staten Island Verrazano Honors Program and did a lot of volunteer work as well. Brittany was a waitress at Canlon’s restaurant on Staten Island where she made very close friends.

Brittany’s favorite things in life were Starbucks, a Good Steak, White Cheddar Cheez-it and her Mom’s chicken cutlets. Brittany loved listening to music, watching Netflix and online shopping. She loved her family, especially Milo her puppy. Brittany’s life will forever be cherished. She will be forever honored for all of the good that she put into this world.

Brittany’s friends and family have come together to spread brain aneurysm awareness and fund research!  Brittany was passionate about science and research, in her last days she was working in a research lab for Neurosciece.  So far, we have already raised the total amount that will fund one research grant,  Please continue to support research and awareness in Brittany’s honor for years to come and help us prevent brain aneurysms! 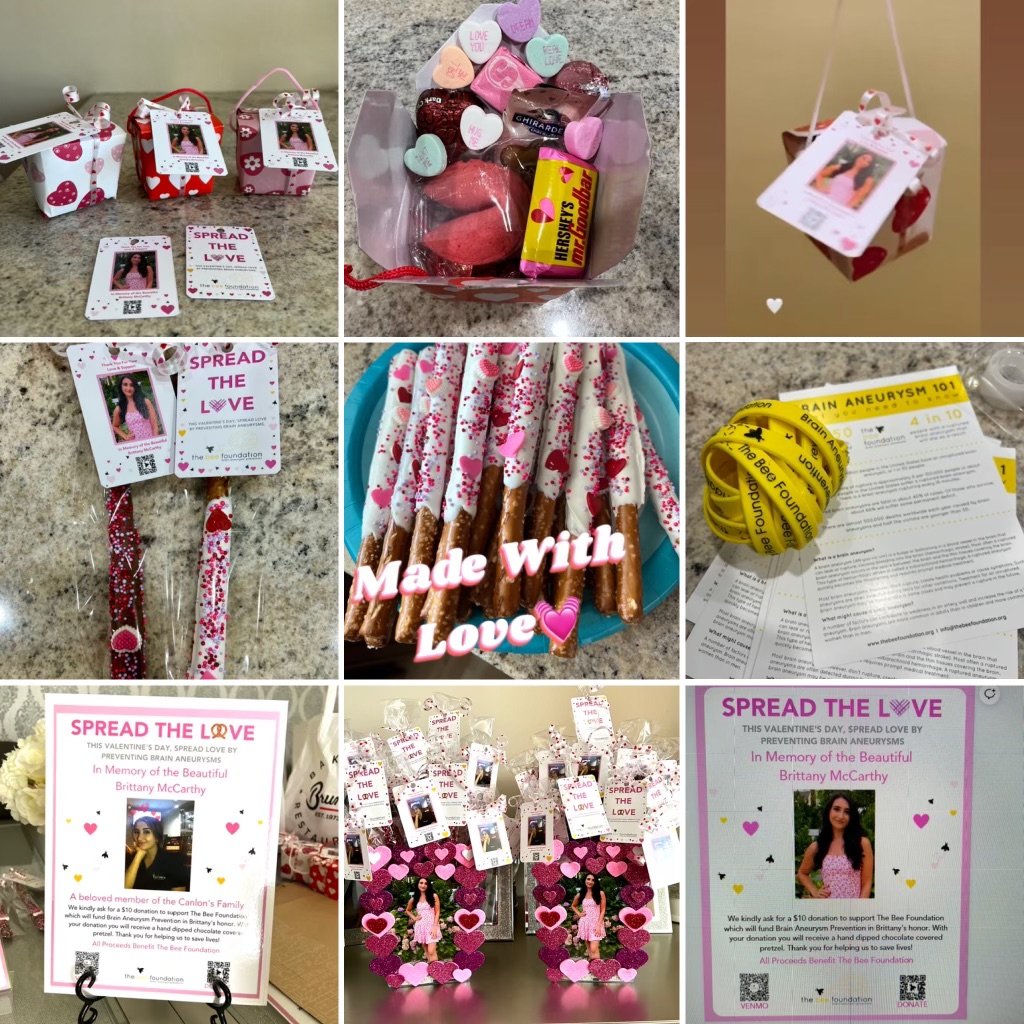