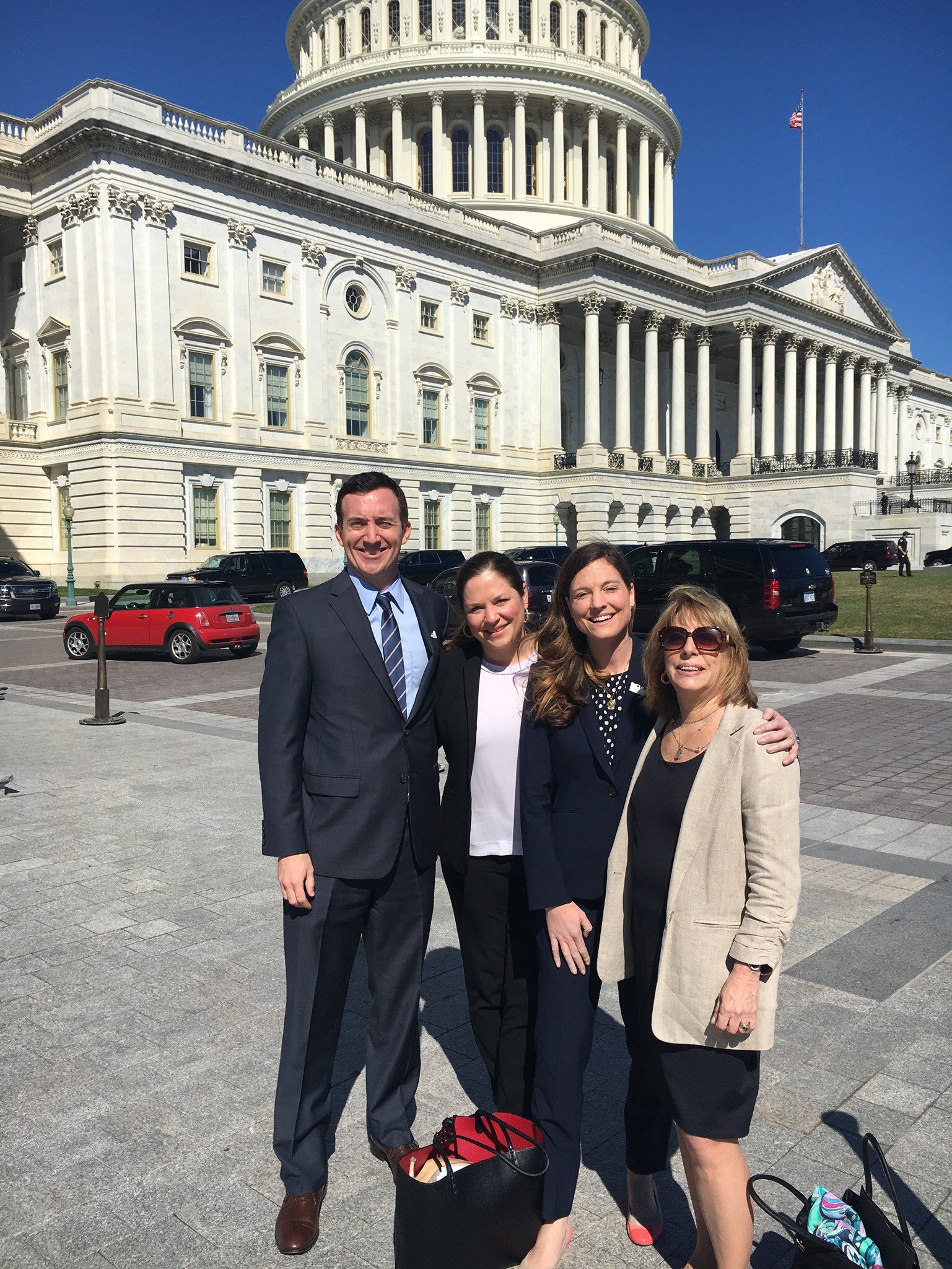 The Bee Foundation traveled to Washington, D.C. on March 29th, 2017 to lobby for increased funding for brain aneurysm research and to support Ellie’s Law (H.R. 1648) which is a Bill to authorize an increase in federal funding for National Institutes of Health (NIH) brain aneurysm research. It was a very successful day, as we were joined by The Brain Aneurysm Foundation and over 100 advocates on Capitol Hill lobbying for our cause. The Bee Foundation had three teams of affected families, friends, and survivors who took the initiative to have their voices heard. In addition to advocating for Ellie’s Law, we are working to submit report language to accompany the FY 2018 Labor, Health and Human Services, Education, and Related Agencies (LHHS) Appropriations Bill recognizing the concern that not enough research is focused on brain aneurysm prevention, and requesting a report from NINDS regarding its annual support level for brain aneurysm research funding over the past five years. 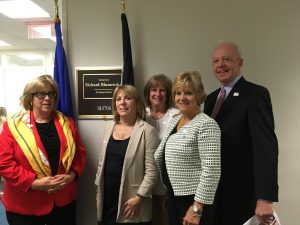 Our lobby day and local Connecticut efforts have reaped significant benefits due to our meetings with Connecticut Senator Richard Blumenthal (D-CT) and Chris Murphy’s (D-CT) offices. Senator Blumenthal has agreed to be the lead Democrat in introducing Ellie’s Law in the Senate, a major milestone to continue to raise awareness of the need for brain aneurysm research. We will be working with our lobby firm representative (from Arnold & Porter, LLP), Kaye Scholer, to identify a Republican to co-lead Ellie’s Law in the Senate.

The Appropriations Bill has also received significant attention with CT Senator Murphy leading the appropriations report language request letter with co-signers already from CT Senator Blumenthal and MD Senator Chris Van Hollen (D-MD). We are hopeful the report language will be included this year and will elevate the importance and awareness at NIH for the need for brain aneurysm research.

We cannot thank you all enough for your support of the lobby efforts and the willingness of Lobby Day attendees to work hard to have their voices heard. We would like to extend special thank yous to  Fifi Baleva, Mackenzie Bell, Marla Brown, Patty Bubar, Melissa Chalmers, Joyce Doherty, Frank Doherty, Doug Kreszl, Meredith Fiore, Stephen McIlwain, and Eileen Smith. If you would like to learn more about our lobby efforts and how to get involved please email us at [email protected]. 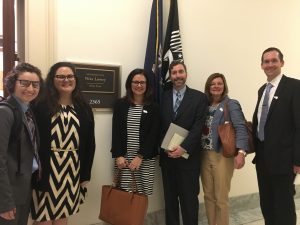 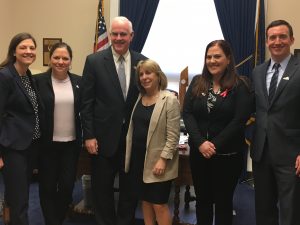