It all happened so fast. It was December 23 when my daughter, who was visiting her boyfriend, called to say she’d had a wicked headache that afternoon while working out. We thought she’d simply had a migraine. After all, she felt better, and planned to drive home the next day as planned. Which she did, and we spent the day doing last minute shopping, gossiping, and wrapping presents – hours for which I will always be grateful. Shortly after she placed her last present under the tree, she danced upstairs to take a shower and collapsed. She never regained consciousness, and left us forever on Christmas Day. Diagnosis – cerebral hemorrhage from a ruptured subarachnoid aneurysm. The idea that this could have happened to a healthy, vibrant, yoga-practicing, kale-shake-eating 27 year old was beyond belief; certainly, beyond ours. In the months that followed however, as I, Jenny’s Dad and her brother struggled to come to terms with what had happened, we also came to learn that aneurysms can occur in anyone, at any age, and they are certainly far from unknown in young, healthy people. Like many other family, bereaved parents, spouses, and friends, it took me some time to imagine that I could ever do anything with this experience beyond nursing the interminable grief and anger. In time, though, the general lack of awareness of this disease and its symptoms, that so often mimic other health issues, took me beyond my personal anger. My nieces – two remarkable young women who were not only Jenny’s cousins but close friends – had come to that place long before me. The Bee Foundation was the result. Over the past year, we have met so many others who have been affected by this condition. We hope that the Foundation, beyond its ability to drive increased awareness and badly needed research, will also be a community for them; a way that those we love and those we have lost can play a significant role in changing the lives of others. We hope that you join us. 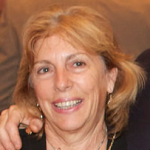 Last month, September 12th, was my daughter’s birthday. We spent last year tiptoeing around this date, afraid to address it directly for fear it would simply rip the wound open …

It all happened so fast. It was December 23 when my daughter, who was visiting her boyfriend, called to say she’d had a wicked headache that afternoon while working out. …