Growing up as a young girl in a family of three where I was loved unconditionally was the greatest gift I have ever received.

On march 16th I found out that Brain Aneurysms can impact any life at any given moment, in an unexpected and very quick manner.

What started as a seemingly normal day of dressing up for school quickly turned into a memory that will last forever.

“Ashley, Ashley!” She screamed in pain. Me, having no clue of what was about to happen in the next minutes running to her to see, the last moments she was truly alive and trying to figure out the whats and the hows. She was shaking, rolling around uncontrollably while screaming my name and screaming “pain” and that “my head hurts”. Seeing my mom, my best friend and my rock in this position broke me, mentally and physically. But I had to act quickly.

They brought her to the hospital, leaving us in our home left with the remains of this situation both physically and mentally. I decided that I couldn’t stay at home, it would have driven me insane. So I did what seemed best, I went to school.

Talking, talking and talking with teachers and student counseling while being totally kept in the dark about my moms situation..

I get a message from my dad, explaining that mom had a bad brain bleed and was in an artificial coma…

To me, she died right before my eyes on that Tueseday march 16th. Those last 10 days in the hospital leading up to the 26th were a nightmare, but my hope already left when they took her away from me into that ambulance.

I remember asking the emergency operator if she’d make it, a question I never imagined having to ask. But then again, nothing felt real in the moment.

10 days passed, days filled with the most unimaginable conversations which I definitely wasn’t ready for. But I don’t think anyone is really ready for any of this, I wouldn’t wish this upon anyone either.

“We are going to take a part of her brain pan to release pressure on one side” was one of the most horrific ideas, but then again I’d let them do anything if it means she would make it. Right? She is going to make it, right..?

Dad got his spark of hope back at that moment, he was horrified (just like me) but I tried to keep his two feet on the ground, because I wanted to protect him from the worst outcome. And it came so much faster then anticipated, yet it came so slowly. 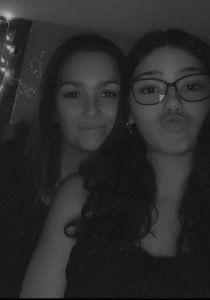 On the night from Sunday to Monday we got a phone call that changed it all, both me and my dad felt like we had to decide whether mom had to live.. or die…

They told us the pressure wasn’t going away and they had to take another piece of the brain pan, but on the other side. Which sounded like an inhuman option, which it was. They also mentioned that that would not be an option, as it would be so inhuman.

Another hospital trip, this time at midnight after the corona curfew already started. Streets were empty and quiet, which I usually loved. Not this time. It felt like the streets represented my feelings at the moment, it felt so empty and cold. It felt like everything you did, or did not was wrong. Nothing felt right.

Doctors usually seem like these hopeful, trustworthy people who have a solution to basically anything, or at least that’s what they make it seem like. But that day, how the doctors and nurses were acting.. They looked just as scared of the sad truth that was coming up..

And as the night passed and the world seemed to come back to life we seemed to have made it through another day. I went to school and talked, talked through the pain. I vividly remember telling people how “doctors would not call us after the curfew started and they would not act that way if they saw this ending well..” and I was right, usually it’s fun to be right but I’d do anything to change that. When dad came to pick me up he started a conversation which the doctors started with him, it was about organ donations. My gut feeling got confirmed once again… and following up on this conversation we went to the hospital.

My last hospital visit was on Monday. Almost a week after my whole life got flipped upside down we got the news that the pressure was on the brain stem, meaning that my mom would be brain dead.  She was basically being kept alive with machines. However they could not confirm this as she was still on medication from the coma, which they were trying to reduce. They told us it would either get confirmed that way, which would take 2 days max or that her body could give up any moment which could happen at any moment.

I wasn’t waiting for her to come home anymore, I was waiting for the full confirmation that she never would. 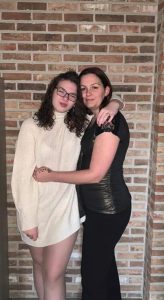 Knowing she never would come home was one thing, but the timespan that should have been only 2 days ended up being stretched to 5 days. And I saw my dad regaining hope and it all breaking to little pieces many times, I felt it too.

Waiting for the time of death for your 35 year old mom at the age of 16 was hard. Losing one of your parents is hard, but I never imagined how hard it would be. I realised  that it wouldn’t be easy, but I also didn’t realise just how hard it would hit me and the people around me.