The day of May 3, 2018 was pretty uneventful. My husband had a doctor’s appointment so I had taken the day off to take him to his appointment. We made a pot roast for dinner that night. I haven’t eaten pot roast since.

Around 10:45pm I started getting sick. VERY sick. I honestly thought I had food poisoning. I was vomiting on and off for about 2 hours. I showered at one point. Finally, I decided I should probably go to the ER. I woke up my hubby and told him I wasn’t feeling good and I thought I had food poisoning. We discussed our options for us getting to the hospital. (I feel it pertinent to mention at this point that he hadn’t been driving for about 7 months due to a health issue taking much of his vision.)

I opted to drive since I thought it was just food poisoning.. We did get to the ER safely, thankfully. John did have his hand on the e-brake the whole time, just in case.

After a short wait I was taken back and the intake nurse took my vitals and asked the standard questions. We then go back to the room. It was your standard visit in the beginning. Small talk, what you’re there for, and if you’re me – joking. The doctor came in and introduced himself and we went over what was happening and why I was there.

Apparently, I did a great job telling the doc about the pressure in my head. The doctor ordered an x-ray and CT scan. We were joking around with the nurse as she was the nurse on duty when my husband was there in March.

The doctor came into the room to tell us what was going on. An aneurysm ruptured and I had a subarachnoid hemorrhage. They were contacting Hershey Medical Center and were going to life flight me. This is where my memory starts to get really fuzzy. I had been going in and out of consciousness since I got back to the room from my scan. I do remember John telling me “Okay Amanda, this isn’t funny anymore.” 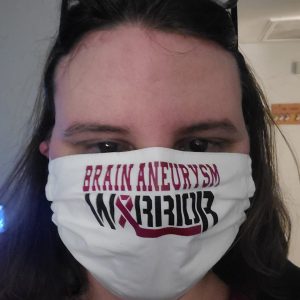 ed aneurysm coiled. The immediate aftermath of the explosion looked different and felt different. But it was relatively uneventful. I slept for the better part of three days. I woke up here and there. I was blessed with all sorts of visitors while I was in the neuro ICU.

An angiogram was done to check on the aneurysm the following Thursday, May 10. My neurosurgeon said it was “misbehaving” and I was scheduled for more coils and a stent later that day.

Penn State Hershey Medical Center was my home for almost two weeks before I was discharged. Two weeks is a very minimal stay for what I went through.

They say when an aneurysm ruptures it will be the worst headache of your life. This is the truth. There is also a pop that can be heard/felt. I remember feeling/hearing this but I was so consumed with how terrible I felt and how I couldn’t stop getting sick that the pop became a footnote in the story.

One of the things I have started doing is making blankets and giving them away to brain aneurysm and stroke survivors. I call it Blankets for Berries. It’s a small way I can offer comfort to someone who has gone through a life changing event. The blankets aren’t usually perfect but they are homemade and soft. 🙂 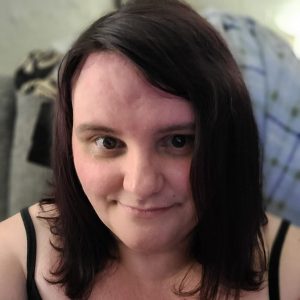 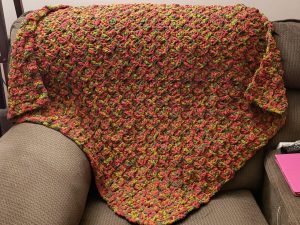 I have long term goals I am still working on fleshing out but my short term goal is to give away 12 blankets  by Oct 1, 2021. I survived something that many people don’t and I want to support other survivors. I want others to know they are not alone. It’s a big part of why I am so open about my story and share it at every opportunity. 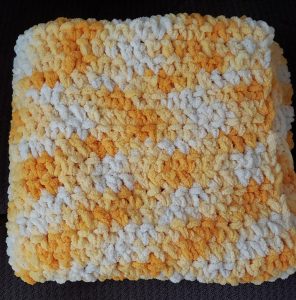 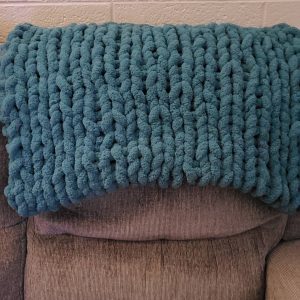 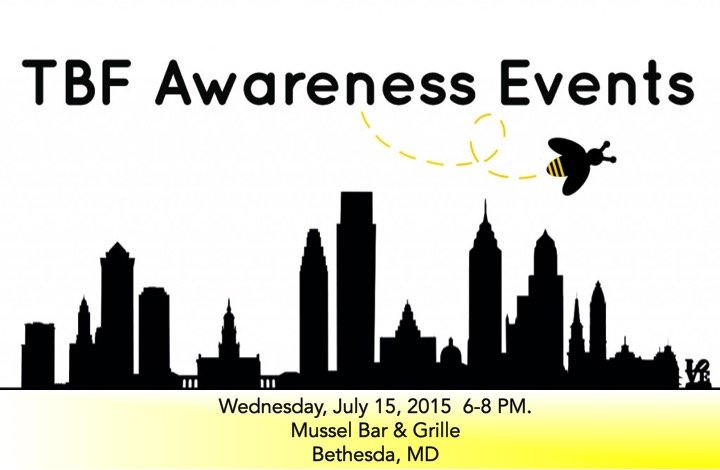 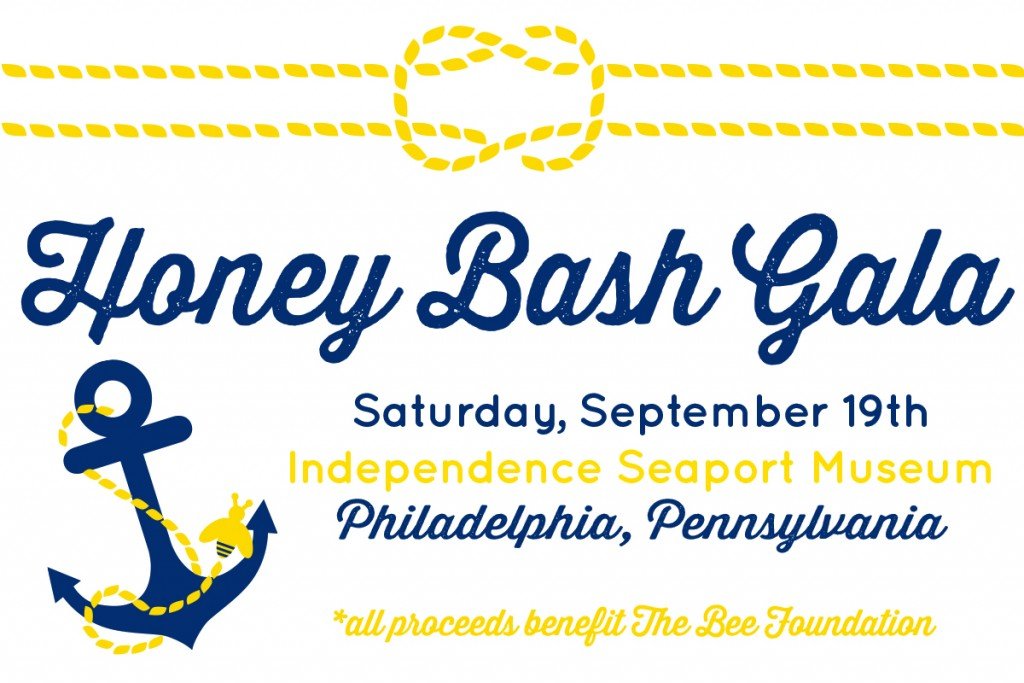